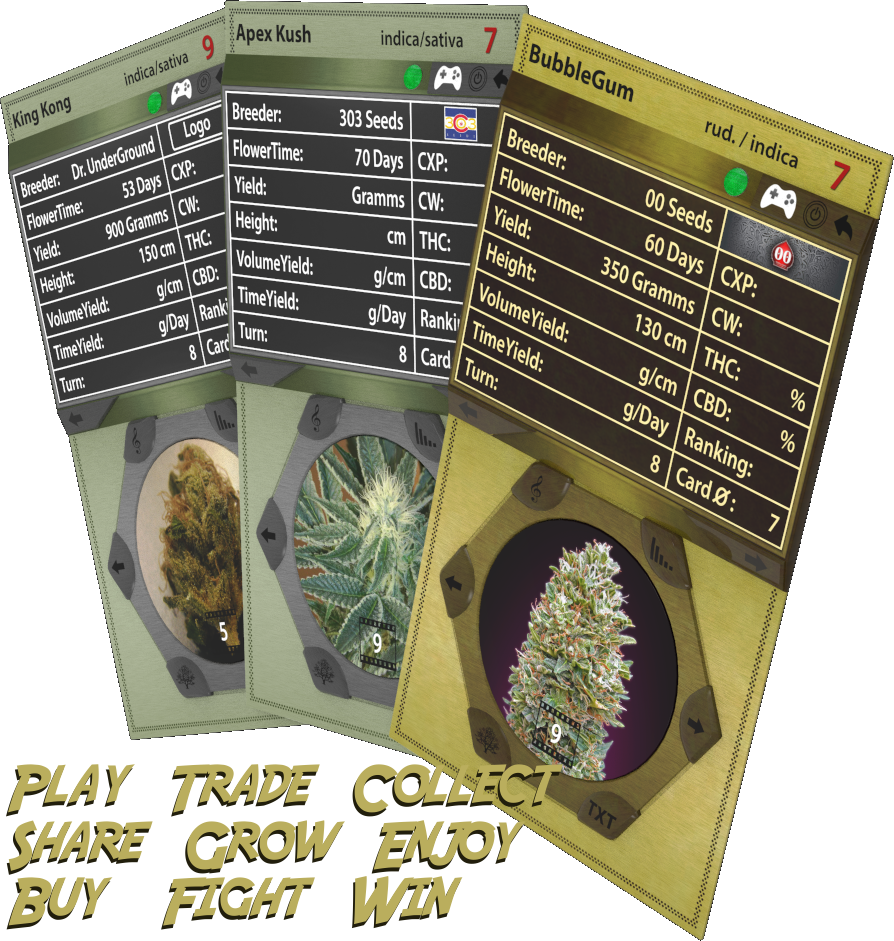 The game is based on community data from the real world of plants.

We worked some years on the concept of the game and all the functions around it.

The game will be free to play for FUN, as training for the real world.

The NFT variant needs to buy the NFT Cards.

Alpha-Cards are a Limited Edition.

Thy comes with different “Burn-Functions” to get as sample game assets, as another design for the cards-frame in the game.

A burned card brings also the worth to other card holders / strains / breeders...

It will be a game harder than poker,
so it’s not designed for “just play one two rounds and be bored”.

The cards also do music-composing, a bit similar to Mozart’s “dice to compose waltz 200 years ago”.
For that we like to roll out an “open-stage” for musician’s with community voting and prices to win..

The game will grow every year a bit more.
New breeders come in, new strains will produce some new alphas.
This brings every ear a tiny collection of FRESH-Alphas on the planet.

In the game we play only with females.
So our ALPHA-Cards will produce “Feminized Phenos”, thisPhenos cannot breed new cards.

! Only ALPHA-Cards can be PARENTS for producing (breeding) PHENOTYPE-Cards for the future game & market.

ALPHA Cards can be used for gaming, collecting, trading AND “Breeding” in BETA.

Remember the good ol’ times, at school, we played "stitch“, “Trump” or "SuperTrumpf“?

The game is simple: "my car or my plane or my boat is faster than yours“. "Trumpf".

But the old original tiny game was rigged.
"The game owner knows all of the cards, so can always play better."

We’ve turned the same concept into just that, a giant game with multiple playing options, and 20k+ strains.

In our game, each card represents a real strain of cannabis!

But that’s not all!
We’ve added different game play variants and mixed it with poker rules,
to create a massive game with serious odds.

The player can pay for specials, decor sets and sounds, but they can’t pay cash for an edge in the game.

In the game later, there are more than 4 card types.
Only the cards as NFT Fundraise ALPHA EDITION costs BUC.

ALPHA-Cards are the most rare items, later in the game only tis cards can produce new game cards++.

The user card collection and farm can grow on the planet, into the space, behind the moon...

If you like this project, try to get some Cards or Coins to force it.

!! But be careful, we don't just play WITH the cards, we play AGAINST the cards!

Just like in the past with the physical playing cards "Super Trump" fought ..

Or with the beautiful glass marbles .. 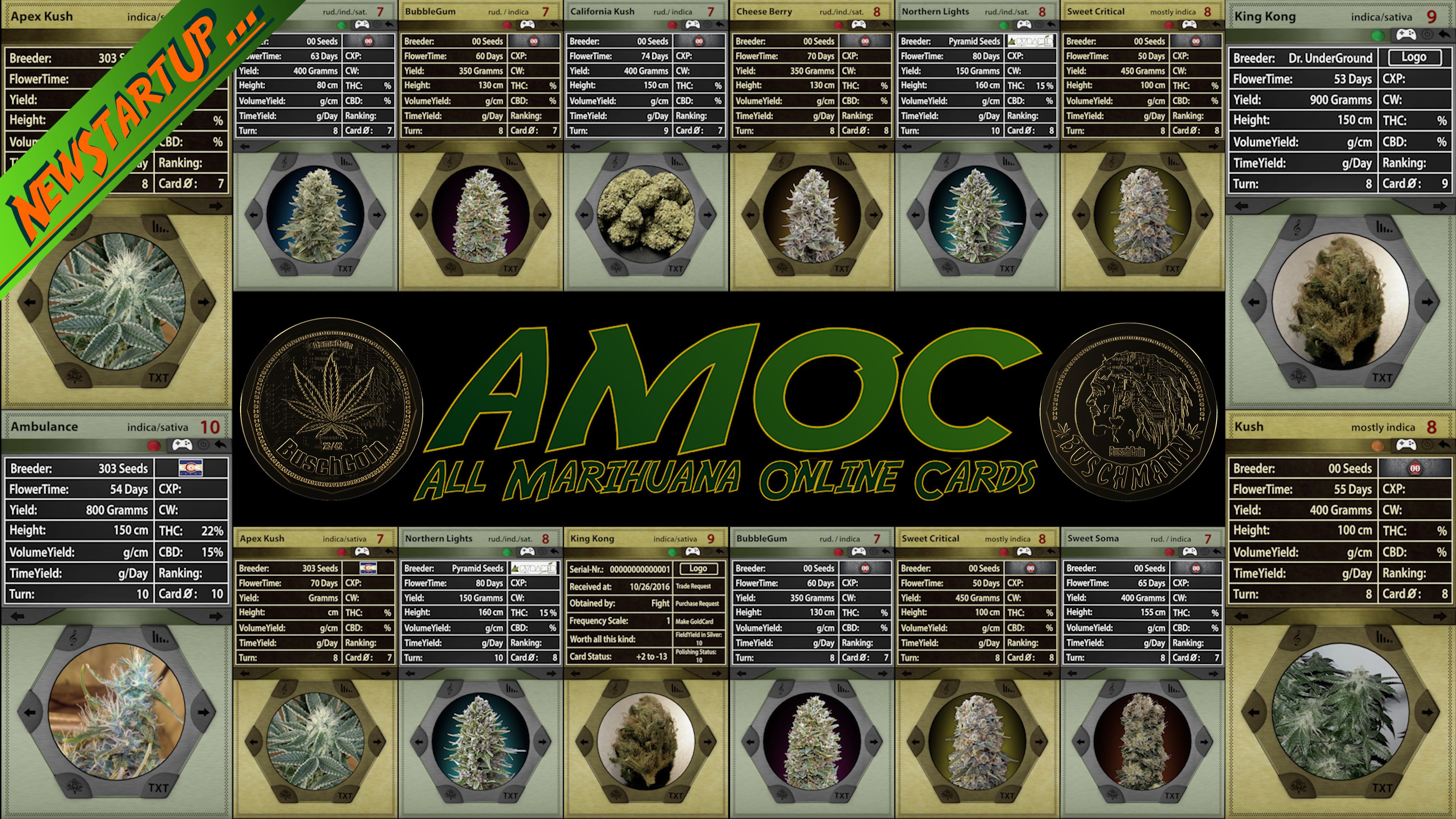